Mountain climbing or hiking is one of my oldest hobbies and probably the most relaxing way to spend my free time.

For this article, I will be inserting some of what I’ve personally experienced as a frequent hiker. I don’t recall exactly when it was the first time I went mountain climbing; but since 70 percent of the Korean land is mountainous, you get to see mountains practically everywhere.

People hike to spend time on the mountains for leisure, to lose weight, in order to be healed from physical and mental stress and for various other reasons.

I have two pet dogs (A mixed Schnauzer and a Pomeranian) that absolutely love to climb mountains, hills and obviously going out for walks in general like most dogs. In Korea, it is a common sight to see people enjoy the environment you can get exclusively from up in the mountains, with their pets to keep them company.

For many years, I’ve moved around in various regions in Gangnam, Jamsil to Chungmuro and other towns in Seoul and the Gyeonggi province.

One of the characteristics of the mountains in Korea is that they are more or less connected to one another, so if you keep hiking on for hours you will reach a whole different region to where you started out from.

I’ve learned that wherever you are in Korea, a good mountain should never too far away.

It’s safe to assume that mountain climbing is one of the top favorite past-times Koreans, especially for people who care about their health and enjoy outdoor activities.

In order to hike, it is crucial to wear a good pair of footwear that enables you to have a good grip to prevent you from slipping. Also, having a ton of patience and good stamina would surely be a plus when hiking.

When the weather is so humid and hot, it would be efficient to dress lightly but since there are a lot of flies and pests, it’s better to wear thin long sleeved clothing. And having a good pair of shades and a hat would also be recommended.

Because the hiking routes for mountains in Korea are usually furnished well; the steps and the ropes available in certain areas make the trip easier and prevent climbers from having difficulties climbing up or down the mountain, to reduce casualties. When you are up in the mountains, you need be cautious of every step you take, in particularly when you are making your way down the mountain.

If you are a novice mountain climber, please keep in mind that you should never force yourself to make it to the peak, especially if it is your first trip. If it requires too much energy or for other reasons, do take a good rest and make your way down from the mountain safely. Even the most experienced climbers get out of breath when climbing challenging heights.

The reality is that the majority of the climbers don’t get to make it to the top. It’s also better to have someone hiking with you who knows the mountain well, since there is always a possibility that you might lose your way, even with all the signs and directions shown on the route.

Unlike most sports, the great thing about hiking in Korea is that there are no strict rules for climbing; you can climb up and down the mountain at your own pace.

I’d like to introduce the three main mountains which are the most visited and well known in Korea. The three mountains are called Seorak, Jiri and Halla. 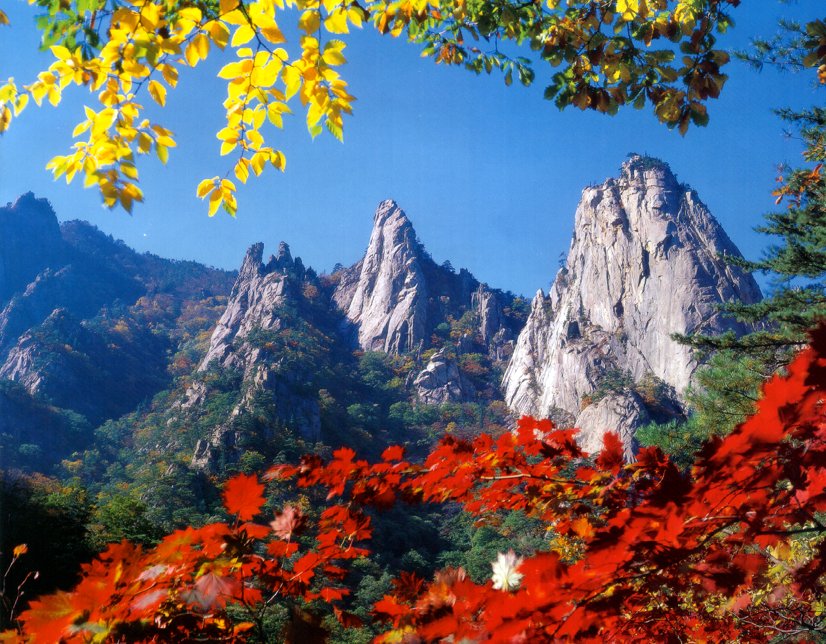 Mount. Seorak’s highest peak is at 1,708 meters. (‘San’ refers to a mountain in Korea) The trip to the peak of the Seorak can be done in approximately three hours or less, if you are relatively a fast climber.

The mountain has a reputation for being very colorful and beautiful during the fall season. The Seorak Mountain also has a famous valley with the name, Cheonbuldong. On top of that, you can also expect to get a spectacular view of the Eastern Sea.

It certainly didn’t help that the temperature was record-breaking hot that year. However, even the intense heat did not ruin the trip in Gangwondo.

The whole trip was incredibly fun. The Seorak Mountain was extremely memorable because it was very beautiful and its height seemed ever so high. We had taken my aunt’s car and drove for hours and stayed in a hut that was near the mountain.

I have not been back since, but it is my plan to revisit soon during the Fall season. I expect the hiking course and the surroundings will be more furnished and modernized since the last time I was there. 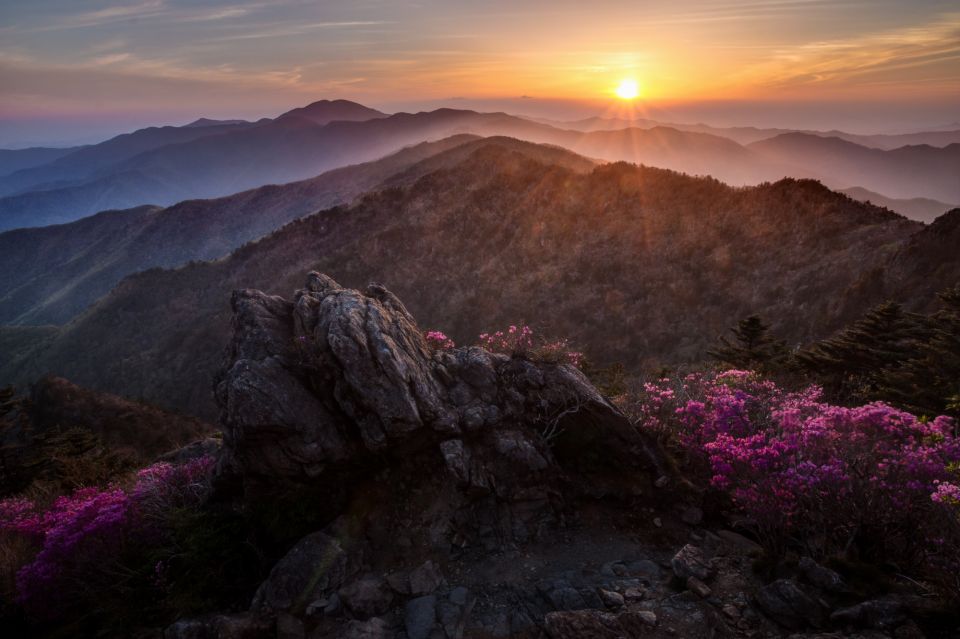 As one of the highest mainland mountains in Korea, Jirisan is gigantic in size. The highest peak named, ‘Cheonwangbong’ is at 1,915 meters, known to be the second highest peak in Korea.

The Jirisan‘s National Park is the biggest national park that exists in Korea, which borders between Jeollanam-do, Jeollabuk-do, Gyeongsangnam-do and other regions.

In the year of 1967, Jirisan was the first to be designated as a national park in Korea. The largest part of the national park is in the Gyeongsang province.

The highest peak of the mountain, Cheonhwangbong is also located in this province. Every year more than 280,000 people visit the Jiri Mountain.

The seasons of Summer and Autumn are the most popular for the visitors. 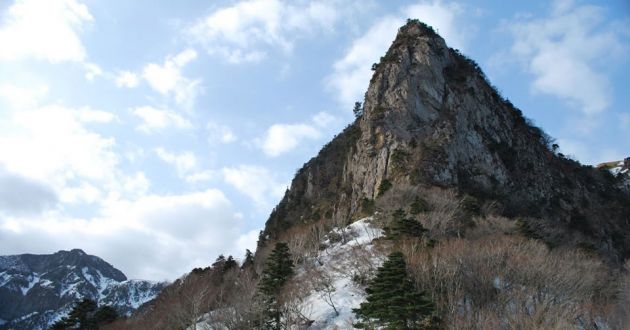 Mount. Halla is Jeju Island’s most treasured trademark. Halla Mountain is a shield volcanic mountain that makes up most of Jeju Island, as well as being South Korea’s highest peak at 1,950 meters.

The mountain itself is spectacular with traces of the lava that decorate its landscape. There are in total five hiking trails on the mountain.

The Halla Mountain has been honored to be designated as Korea’s Natural Monument no. 182.


2 comments on “Mountain Climbing in Korea”