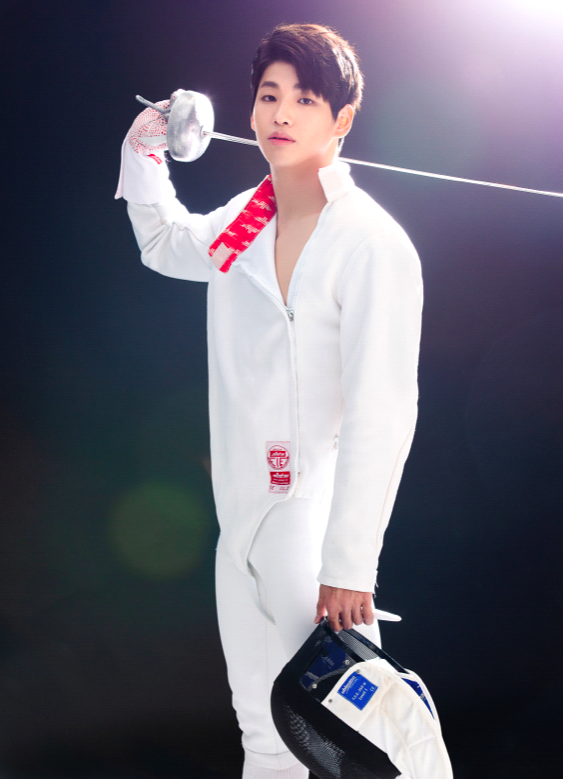 We would like to thank Kim Ye-hyun of Fit & Hill Fitness for giving us a great interview. We wish him all the best in the future!

Hello, thanks for taking the time out for a KCrush interview. Would you introduce yourself to our readers?

Hello, my name is Kim Ye-hyun – I am the representative of Fit & Hill Fitness and a sports entertainer. I was a fencer since I was at school and currently work as a personal trainer and sports model.

Please tell us about your sport for those who may not be aware.

Fencing is a sport that two players combat each other by stabbing or contacting with swords. It is also a fitness sport that helps to create a balanced body structure.

To eat, sleep and work out diligently. Most of all, it is best to make a habit of working out continuously.

How many hours do you train a day?

I do cardio excercise and weight training – 2 hours each, daily.

Is there a secret to being great at a certain sport?

Doing various routines in order to find the right sport for you is key.

I enjoy going to see musicals, plays and movies.

What would be your fav food/berverage?

Name a movie, book or a musical that you enjoyed recently.

Musicals – Laundry and Jekyll and Hyde.

Where do you think is the best place for travelling in Korea?

What are your future plans and goals?

My goals are to take care of more bodies of others and become a natural sports model through many activities as a sports entertainer.