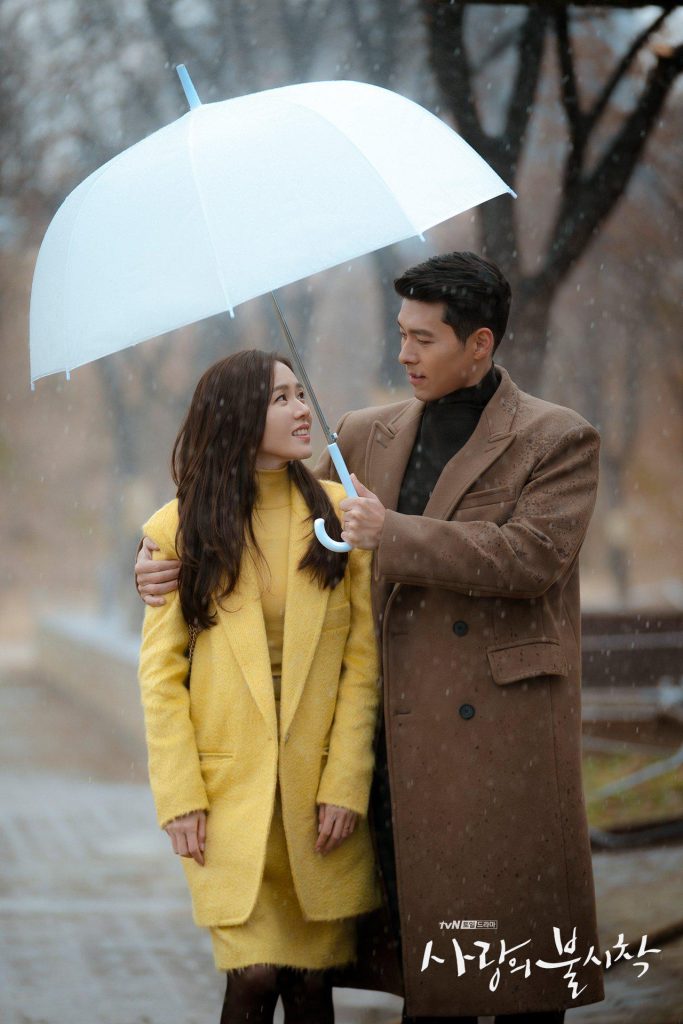 There is a reason why the world seems to love this show. It is a classic! So many of my friends who have never touched a K-Drama have told me about their interest in Crash Landing On You. For those of us who have been trying for years to get people to join in the fun, Crash Landing on You is an excellent place to start! With an interesting plot, endearing characters, and a good mix of romance and adventure—this drama has something for everyone!

South Korean businesswoman, Yoon Se-ri, accidentally parasails right into North Korea! She is met by North Korean military captain, Ri Jung Hyuk, who has compassion and tries to help her escape North Korea undetected. Joined by his crew of North Korean soldiers who also help Se-ri, Crash Landing On You is loved by so many because of the incredible, heart-warming story.

A Romeo and Juliette situation always has an appeal to me. Star-crossed lovers, two people who have all the odds against their romance—and that exactly what Ri and Se-ri experience. Throughout the series, Se-ri softens Ri, while Ri helps her mature. Their personalities are so well matched; it makes viewers want to fight tooth and nail to see them together.

There are so many memorable scenes in this show! Captain Ri finding Se-ri in the market with a scented candle, Ri and his soldiers deciphering a Korean finger heart, Se-ri’s birthday surprise, Ri admitting he wanted to stay in South Korea with Se-ri, and of course all of Captain’s Ri’s self-sacrificing moments.

One of the most impactful scenes is the moment Ri and his soldiers are being deported and Se-ri makes it there just in time. That moment with slow motion, the acapella singing, the confessions of love between them, and the soldiers looking on with tears in their eyes—how could any viewer make it through without sobbing!? 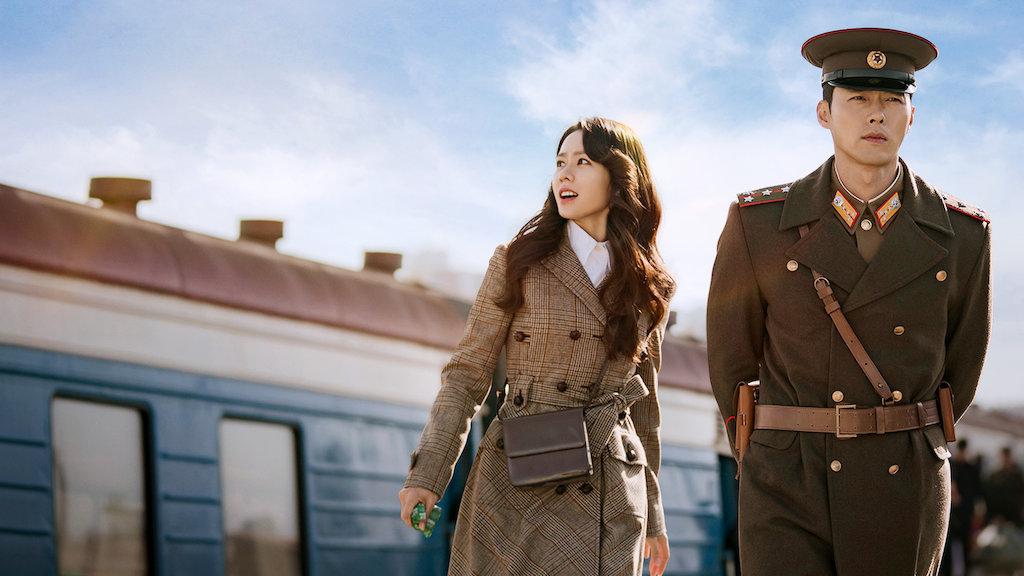 The writer of this show (Park Ji-eun) knew the perfect balance between drama and humor. There is always a tension wondering how it would all work out in the end between them, and yet so many moments of joy sprinkled throughout help to alleviate the tension. This was carried out with the village women, the North Korean soldiers, and the romance between Seo Dan and Gu Seung-jun. Of course, Ri and Se-ri have their fair share of comical moments as well.

I appreciated that the ending of this show was realistic. With the plotline, there was a chance that Captain Ri could have been granted an opportunity to stay in South Korea. But knowing his character, and keeping it true-to-life, he returns to North Korea. However, Se-ri and Ri reunite in Switzerland. I found it to be the perfect balance of giving viewers a concrete ending, whilst also allowing room for thought on the tragedy of their nationalities causing them from being permanently together. Plot: 9/10

I adored them when they were in the North Korean village. Seeing the various homes and the market brought the place to life and spoke to Captain Ri’s experience. This backdrop at first felt foreign, which helped viewers sense what Se-ri did upon arrival. But After some time, like Se-ri, it started to feel like home.

When we swap to South Korea, things feel much colder. Se-ri’s home and the office had a dry, professional feel to them—this was good to show how she didn’t have a sense of home herself. However, I often found myself missing the village environment while they were in South Korea. Setting: 7/10

Captain Ri was a Messiah figure. He never did anything wrong or had perceivable faults that needed to be worked through. I loved the man, but because of his near perfection, it made it hard to connect with him at times or see him as realistic. Besides this, I cherished his character and how kind and generous he was. He also has a quiet strength to him that I admired.

Se-ri was fun and outlandish and was just the personality needed for this show! She grew as a character and not only gained a family in North Korea, but a sense of purpose. Remember, she wanted to die for a while and I believe that Ri and his men saved her not only physically, but mentally as well. She needed a crazy reset and this was the one! I enjoyed seeing this change in her. 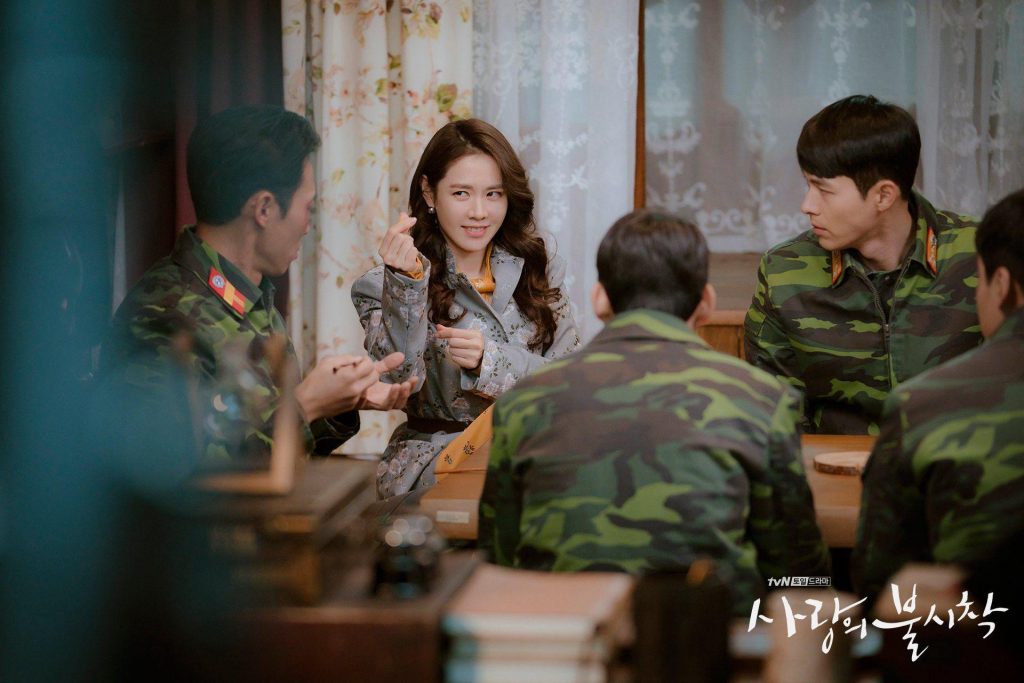 As far as side characters go, I adored the gang of soldiers just as much, if not more, than Se-ri and Captain Ri. I looked forward to every scene they were in! Each of them had such unique personalities and brought the show to life! I also really enjoyed the personality of Gu Seung-jun. I initially thought he was a bad man, but as the show wore on I grew to love him! I hated when he died, and even more, how quickly it seemed to happen! I don’t feel like I had enough time to mourn the loss before they cut to another scene, but I do believe that his death was appropriate and moving. Characters: 9/10

A big theme in this show is sacrifice. Captain Ri is always laying his life on the line for his friends. Not only has that, but he even lies to keep them from worrying about him. He is selfless and noble. His actions show his deep love for those around him and this was a wonderful trait to watch play out again and again.

Another important theme is the breaking down of prejudice. Both South Koreans and North Koreans in this show have preconceived notions of each other that are proven false. Though culture differences, humans are human. They love, laugh, cry, and have families. Se-ri found more comfort in the arms of North Korean soldiers than she did from her family in South Korea. This is a powerful message to not judge based on nationality. Theme: 8/10 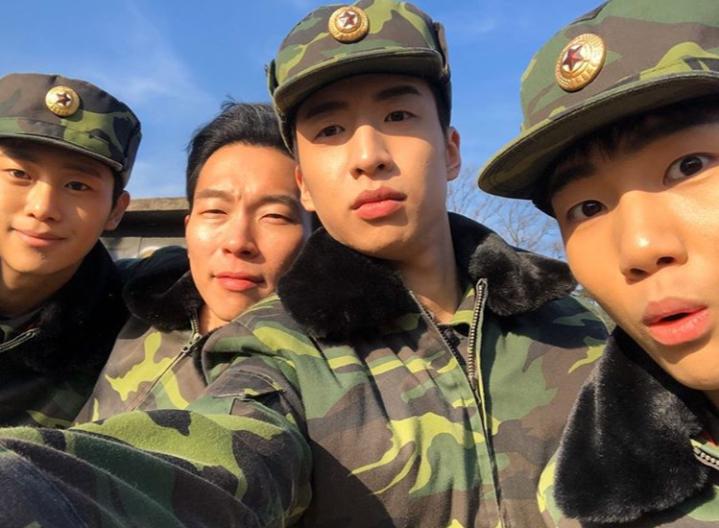 This has to be one of the best original soundtracks I’ve heard for a K-Drama. The orchestral value is amazing. I have listened to this album a few times after watching the show and I tear up every time. Some of the best instrumentals are “My Companion,” “The Song for My Brother,” and “Same Sky, Different World” by Nam Hye Seung and Park Sang Hee, as well as “Photo of My Mind” by Song Ga In.

As far as singles go, some of my favorites are “The Hill of Yearning” by 2nd April, “Flower” by Yoon Mirae, “Here I am Again” by Yerin Baek, and “Sigriswil” by Kim Kyoung Hee. OST: 10/10

The world was buzzing over Crash Landing On You for a reason! It is timeless, easily re-watched, and has a gripping storyline. It truly does live up to the title of one of the best K-Dramas of all time! You can watch it again and again and feel the same warm fuzzies that never go away. Final Score: 9/10

2 responses to “Instant Classic: Crash Landing On You”