Bananas are a pretty common fruit in Malaysia seeing as the trees thrive in the hot and humid climate. Unsurprisingly, Malaysians have come up with a variety of ways to consume this humble fruit as it seems eating it just on its own isn’t enough to satisfy the local palate.

In fact, there are even some (like me *cough cough*) who prefer these alternate variants to the plain old raw banana.

To start with, there’s the ever reliable and frequently seen in roadside hawker stall offerings – fried banana or banana fritters. Also known as ‘pisang goreng’ in Malay, these hot, crispy slices of deliciousness are simply sliced ripe bananas dipped in batter and deep fried to perfection. 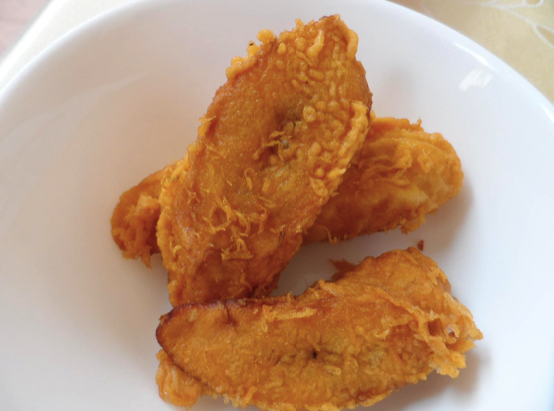 As any Malaysian will tell you, this delicacy is a favourite tea time snack as evidenced by the abundance of roadside stalls selling them.

Lately, this traditional snack has also been modernised with some stalls providing the increasingly popular option of adding grated cheese, chocolate sauce or chocolate sprinkles on the piping hot fried bananas.

Next on the list is the ‘cekodok pisang’ which are basically a concoction of mashed bananas, flour, sugar, water and salt scooped or shaped by hand into rough mini ball shaped snacks and deep fried until a dark brown color.

I’ve also tasted some with baking soda added which gives them an airier or lighter texture and are more crispy to boot but personally still prefer the ones without baking soda better. More importantly, these taste best when they’re banana rich instead of flour rich as some like to make them. 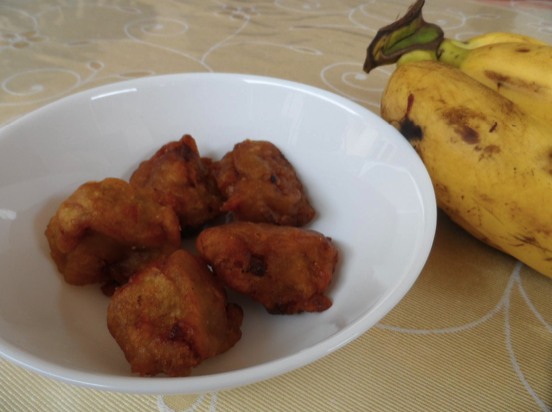 For the more health conscious, the ‘lempeng pisang’ or banana pancake may be more to your liking as these are pan-fried with minimal oil instead of deep-fried. Also a mixture of mashed banana, flour, grated coconut, sugar and salt, what makes it different is the proportions of the ingredients and the addition of the grated coconut in the mixture. 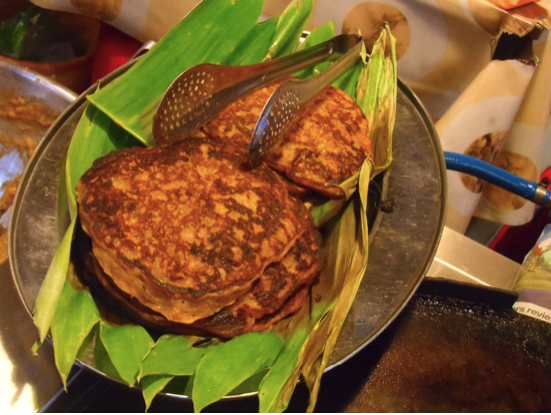 This pancake-like delicacy also has more banana in it and the thick, lumpy mixture is spread out on a flat pan to cook before it is served on a banana leaf. Less commonly found outside in restaurants, these remain a favourite breakfast or afternoon tea selection for some households especially in the northern states of Malaysia.

Last but not least is the ‘pengat pisang’, a sort of broth or sweet porridge made with bananas, coconut milk, brown sugar and sago.This flavourful dessert has a rich broth which is infused in the pieces of soft cooked banana so you’ll get a lovely full taste in every bite. The addition of pandan leaves also gives it a delectable fragrance you won’t soon forget. Generally served hot, this dish is also delicious when eaten cold after being stored in the fridge. 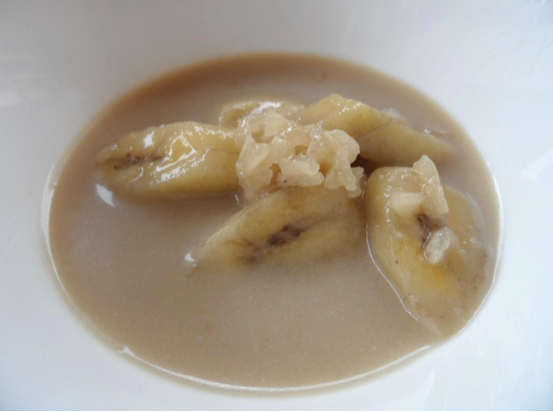 In fact, other than these very traditional ways of cooking banana, there’s also some modern varieties such as the banana cake, banana filled donuts and others.

You may even be surprised to walk into a local McDonald’s to see a banana pie as these are served from time to time, usually during festive seasons in Malaysia in place of their usual apple pie.

Now that you know about some of the best ways banana is served in Malaysia, all I can say is, if you’re ever in Malaysia, get ready to go bananas!